Tomonoura is an important preservation district for groups of historic buildings which carries over the framework for the allotment of land from the medieval period, to which adjustments were made until the middle Edo period, and there are stone walls of traditional townhouses from the Edo period and other stonework, and port facilities, etc., which are all well preserved. As a port town on the Seto Inland Sea, the town districts built up from the mountains toward the sea through the medieval period to the early-modern period in a way much like the growth rings of a tree.

The development of land routes, such as the opening of the Sanyo Railway in 1891, forced the shipping industry into decline, but the steel industry, brewing industry (vinegar, liqueurs, etc.), manufacturing (fishing nets and tackle, etc.), as well as the tourism industry support the town’s economy. The opportunity to experience a tour of the historic spaces of a port town stretching back 1,000 years is rare anywhere in Japan, and the unique buildings constructed there are of great value to the country. 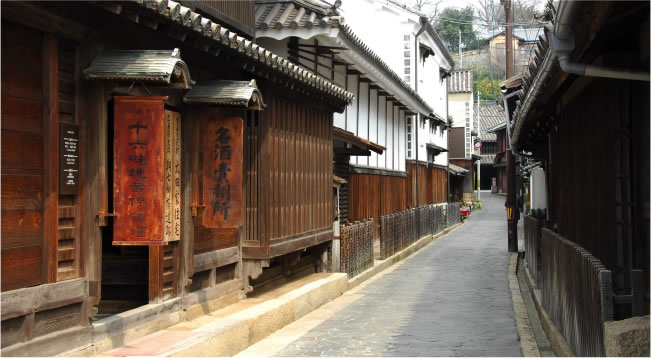 There is a dense concentration of townhouses in the hirairi style with very narrow frontage drawing on the traditions of medieval townhouses, including rare townhouses such as a 17th century townhouse and Otake Jutaku (an important cultural property). While they are Kyoto-style townhouses, they have thick tiled roofs, and the heights of neighboring buildings are not uniform, creating a highly varied skyline. At the same time, the lean-to roofs at the front of buildings, called “odare” locally, have eaves of a uniform height, and some homes still have surviving latticed screens called “bucho” and fold-down benches called “battari” on the sides, with buildings called “hamagura” faced with planks from ships mixed in as well, creating vibrant scenery. The sea can be seen at the far end of the narrow lanes, and if you go there, you can experience the vista of the early-modern port town with its Gangi, Joyato, Ohato, Funabansho, and more.

An area of roughly 8.6 hectares in the Edo-period residential area which formed the core of the shipping industry has been designated an important preservation district for groups of historic buildings, and there are many Edo-period townhouse buildings, as well as temples, shrines, stone walls and other stonework, and harbor facilities that are all preserved in good condition, with few changes to allotment of land since the early-modern period. 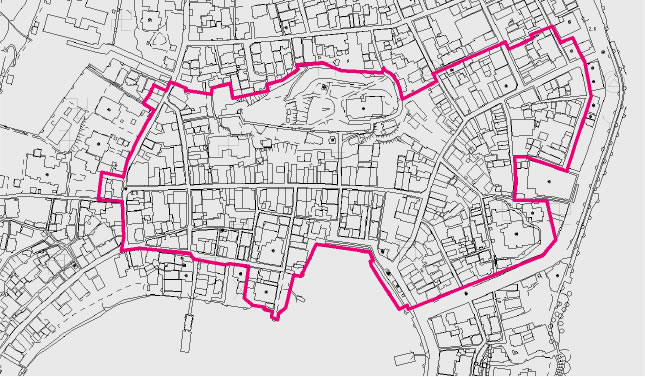 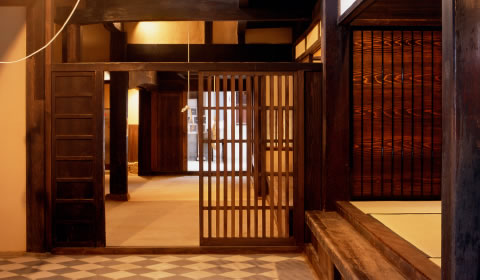 It is believed that townships were formed along the road in the Muromachi period, and the long, narrow lots mostly have narrow widths of 5.4m or less, with 3.6m being standard. The main building occupies the entire street frontage of the plot with a garden in the back, and they are equipped with kitchens, baths, and toilets. Behind the kitchen, there are sometimes outbuildings and storehouses. 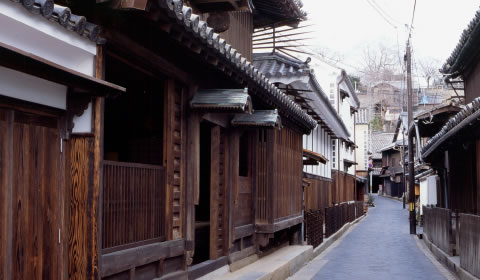 Merchant families expanded their plots while buying up neighboring land, constructing additions to the sides and rear of the main building, and added outbuildings and storehouses around the periphery of the grounds. The foremost example is Otake Jutaku, an important cultural property (building) which was formerly the estate of the Homeishuya Nakamura family, presenting a grand scene with four white-walled storehouses and a kitchen building arranged on the northwestern portion of the grounds. 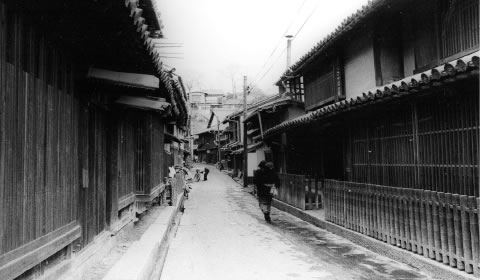 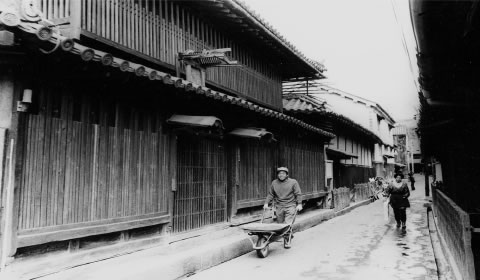 The stair-like structure facing the sea from the foot of the Joyato is the Gangi, which had a similar role to a wharf. The Gangi is a flight of stone steps down to the water extending about 150m which resembles an amphitheater. Finely made, it enabled the unloading of cargo regardless of the tides, which can vary as much as 4m. These tiered stone steps were traversed by a great volume of people and trade goods, and laid the foundation of Tomonoura’s prosperity as a port town. If you sit for awhile, you can experience the ebb and flow of the tides firsthand as the stone steps appear and disappear one by one.

At the entrance to the port, a stonework breakwater called a “hato” traces a gentle curve projecting out into the sea, and with the Joyato and the Gangi, it is one of the largest of its kind in Japan. In addition to these, there are also the “Funabansho-ato,” which watched over the ships coming and going at the port, and the “Tadeba-ato,” where ships were repaired, making Tomonoura the only place which still has all of five of the facilities required by an early modern port. 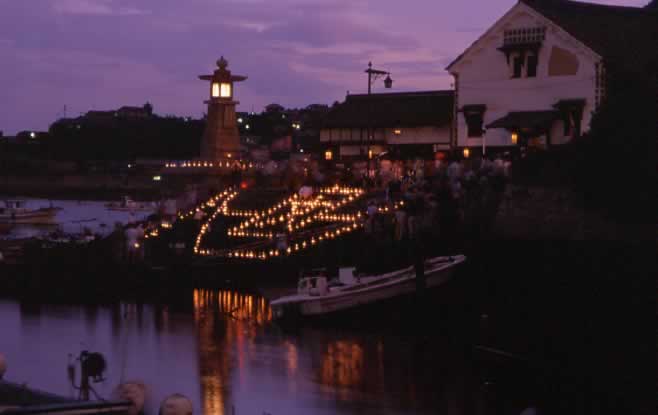 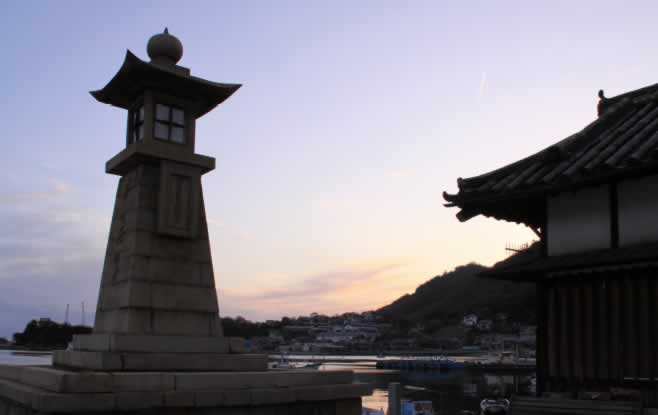 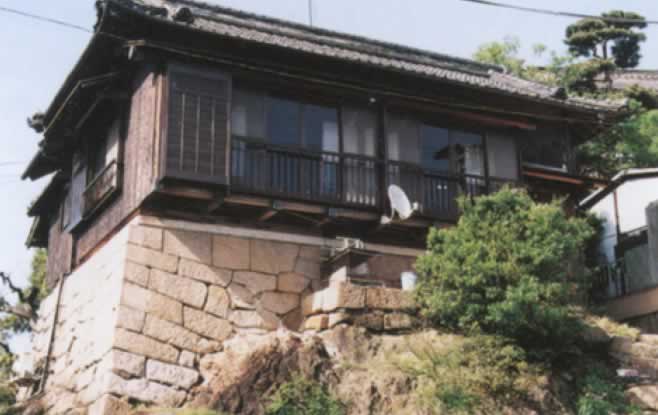 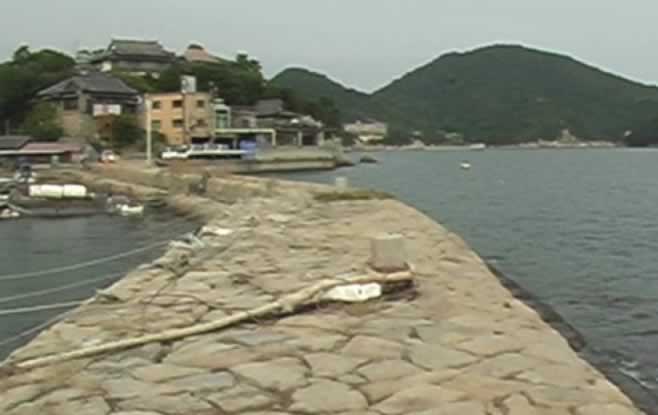 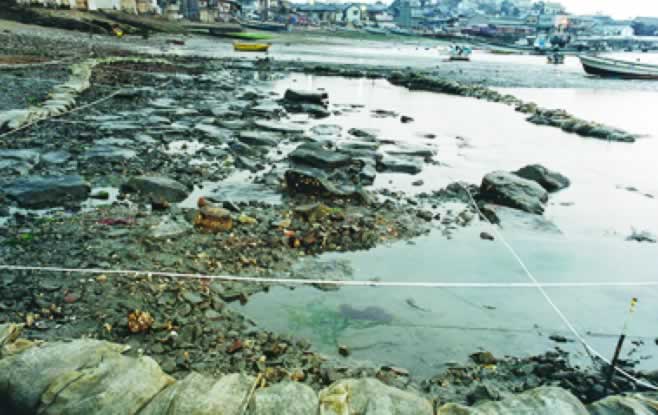 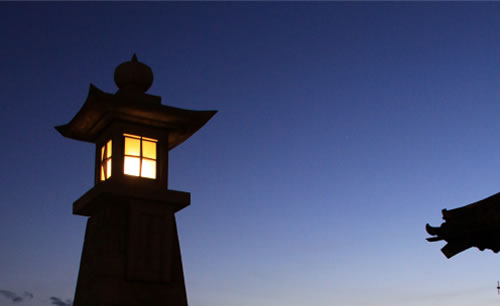 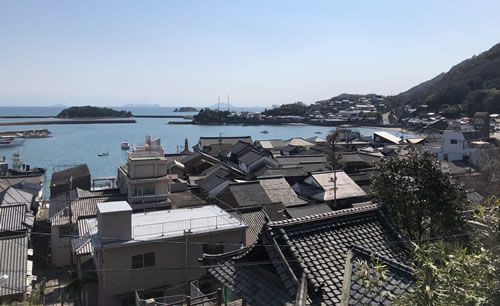 The Townscape of Tomo

The unusual geographical features of the Seto Inland Sea create a phenomenon called a reversing tidal current. Tomonoura is the place where this tide reverses, so many ships gathered here to wait for a favorable tide, and it was this waiting for the tides which influenced Tomonoura. In front of Joyato is the Niageba, a place for stacking up goods. The Niageba, both then and now, is a place for exchange where visitors from afar and locals alike can meet and relax. A large white-walled storehouse where the unloaded goods were stored faces the square, and if you look down the path with the sea at your back from there, you can sea the estates and sake warehouses of Tomonoura’s wealthiest merchants, with eye-catching designs everywhere, including Namako walls with patterns like the spots on dice, or walls made from old ship planking.

Unique festivals passed down in Tomo and local specialty products

In the Tomo area, the warmhearted residents of Tomonoura keep the traditional culture of the port town alive in a historic townscape surrounded by picturesque scenery.

There are many lively traditional events held throughout the year made all the more brilliant by their setting in a port town blessed with history and natural beauty, including the traditional fishing method of Taiami in which multiple boats surround sea bream and catch them in nets; Hassaku no Umadashi, a festival rarely practiced in Japan in which a large wooden horse is paraded around to pray for the healthy growth of children; and the thrilling Otebi Shinji fire festival to pray for safety at sea, good health, and protection from disasters, in which sparks fly from three huge torches weighing as much as 200kg.

The interesting opportunity to observe authentic “chikaraishi,” stones weighing over 200kg used in strength competitions in the Edo period, is popular as well. There are also many other pleasures unique to Tomonoura, such as Homeishu, a liqueur originating in Tomonoura; and cuisine made with local specialty fish like sea bream and cardinalfish, as well as caviar, fish paste, and other foods. 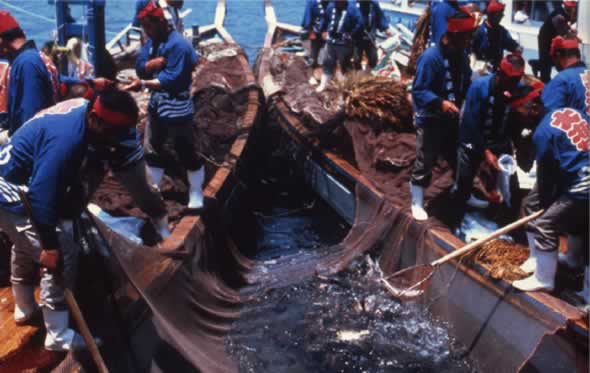 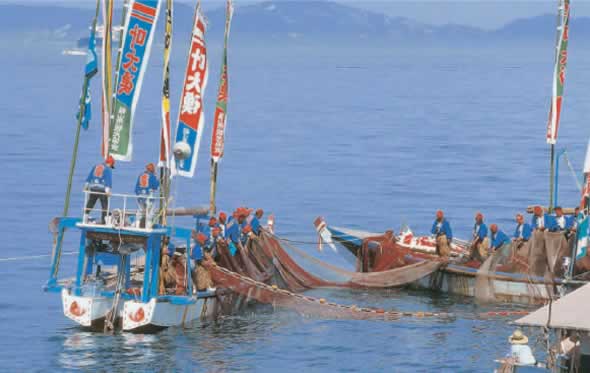 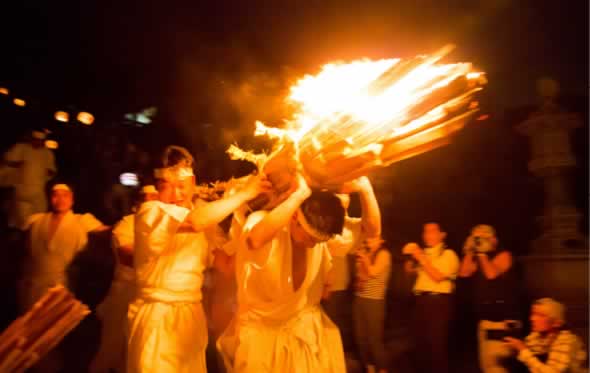 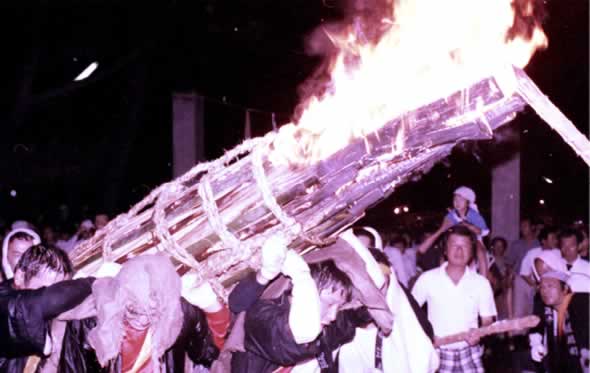 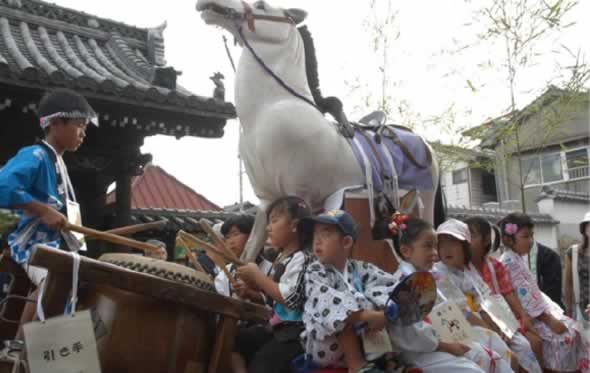 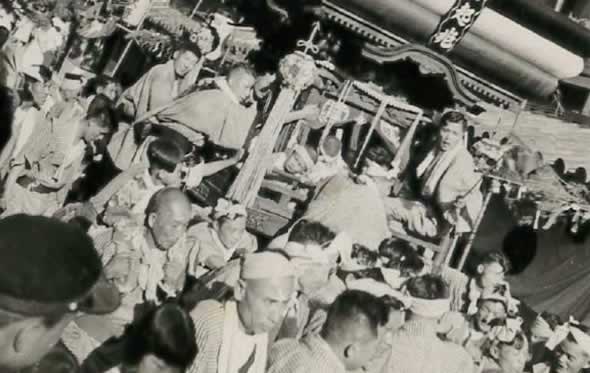 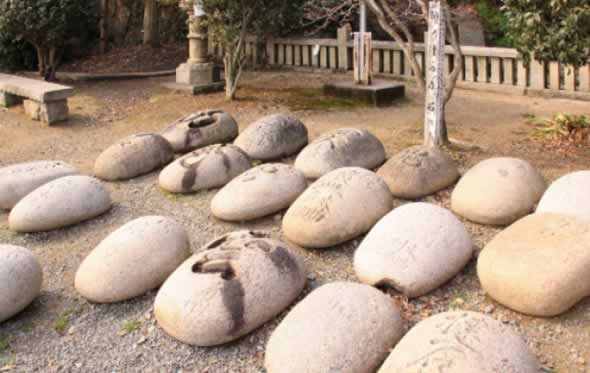 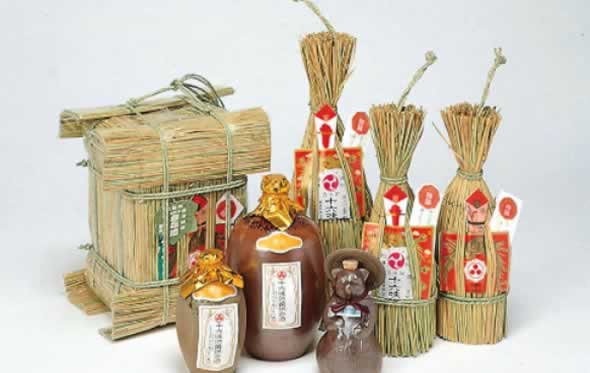 Tomo inspires the community and Japan

Tomo is a historic town in Japan in which the townscape and atmosphere of the Edo period still survive today, and “seems somehow familiar even when visiting for the first time.” More than just being old, this is a rare community which continues to create new things even now, producing unique local art, and serving as the setting for various films and television dramas, etc. 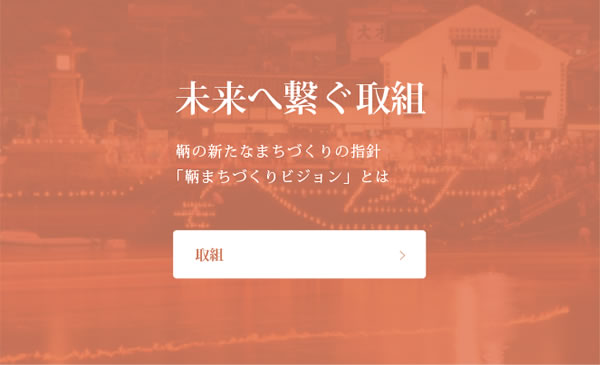 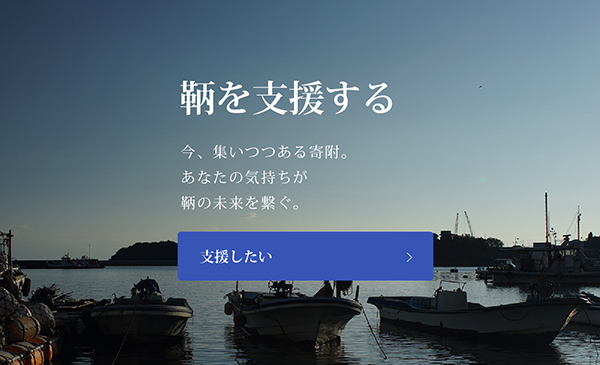